It’s not a secret that the reputation of the payday loan industry has been tarnished since its inception. This has happened based on multiple issues.

One, the fact that there are fraudulent and unscrupulous lenders in the payday loan industry that are operating outside the rules of state regulation for payday loans who are casting a negative outlook on the companies that do operate according to regulations. Two, the fact that payday loans are primarily used by demographics that are considered “low-income”. Third, the short cycle of the loan lends itself to becoming a regular habit by those that use payday loans.

We, at Net Pay Advance, are not blind to what is said about the payday loan industry; however, we are also the ones that are on the phone with regular people who are struggling to make ends meet between paychecks. We understand that the money that we provide can help a family keep the lights on, put food on the table, add gas to the vehicle to get someone to and from work when they can’t make their paycheck stretch.

According to the 2016 Census, there are an estimated 45 million people in the United States that are living at or below the poverty line. These are people who don’t have access to cash when problems arise. Payday loans are a solution for those that need it, so why the stigma?

Unlike traditional lending, payday loan fees are based on a dollar amount per $100 borrowed. This rate varies based on state legislation. Since the life cycle of a payday loan is different than traditional financing, the structure is unique.

A “fee” that is a common comparison to the payday loan fee is the bank overdraft fee. For those unaware, this is the “service charge” when a check is written for more than the account balance. Banks charge around $30 – $50 to cover the remaining balance. Not only is this fee expensive, it happens with every “overdrawn” check deposited, which could potentially result in hundreds of dollars in just overdraft fees. Not to mention the overdraft fee is the same whether you’re overdrawn $1 or $100.

According to a report by the Wall Street Journal in 2016, banks in the United States made over $30 billion in 2016 from overdraft fees alone. The Consumer Financial Protection Bureau (CFPB) has compared an overdraft fee to a short-term loan with a 17,000% APR!

Those that are demonizing short-term loan solutions are not considering the needs of people that are using them on a regular basis. The market that payday lenders serve typically doesn’t have the income to handle unexpected expenses, build up a savings account, or take out a lower-interest loan. Taking away payday lending doesn’t make their problems go away; in fact, it makes it them much more difficult.

An estimated 10 million consumers in the United States took out one or more short-term loans in 2016. The payday lending industry is a very relevant necessity for many people in this country.

For those that have used a payday loan in the past or might need to in the future, this information is to show you that you’re not alone. Expenses out of your control come up, irresponsible spending happens to everyone, paychecks are not always enough. Net Pay Advance will always be here doing our best, helping those that need it.

With that, we encourage those who take out payday loans to borrow responsibly. If you don’t need the money, don’t take the loan. If you can find another way to make ends meet, try that first. If the expense isn’t necessary, save money from each paycheck and wait to make the purchase. Work towards living within your means as much as possible. Create (and stick to) a budget, avoid overspending on unnecessary items if you have financial hardships, push to build a savings account.

IIf it’s time for you to get a payday loan, check out our payday loan offerings. We’re a state-licensed online lender. We offer instant decisions, free due date extensions, and much more. 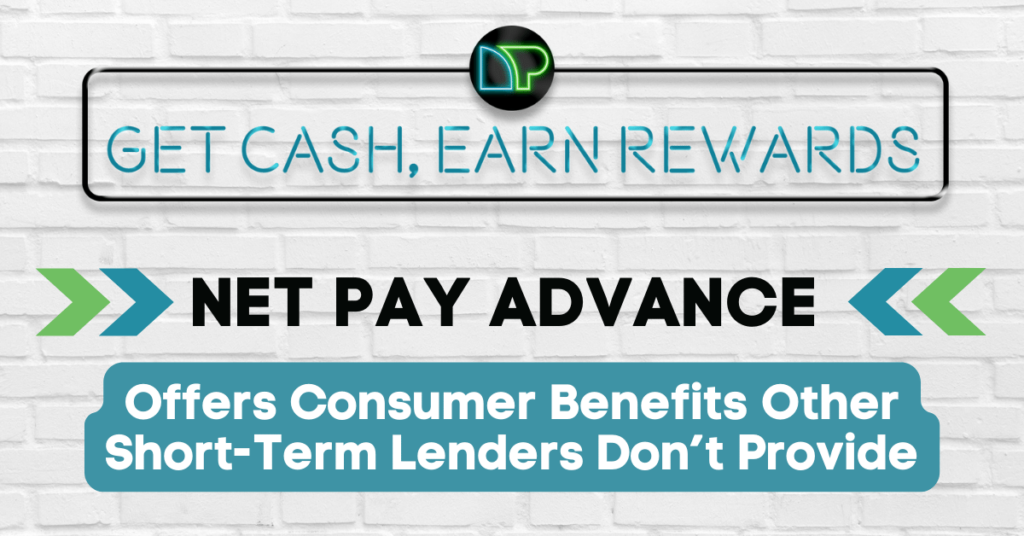